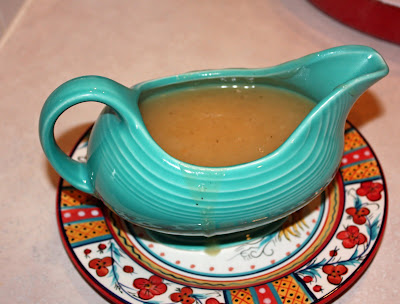 Here is the finished product after making the base for our turkey gravy in advance. I scraped the fat off the top, which was easy because the base was cold. Then I put it in a pan over medium heat. Mixed about a quarter cup of flour in some water, and then whisked it in when the base got bubbly. I did add salt and pepper right before serving. 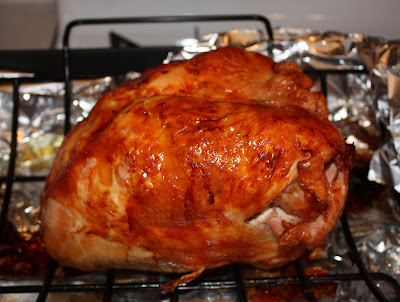 I did a bone-in turkey breast this Thanksgiving and I like the way it turned out. I always "turn" my turkey - rotating it every 25 minutes while it's cooking to make sure it's brown all over. I did rub this turkey with butter before cooking - that was the only seasoning.

Posted by Debbie Courson Smith at 6:25 PM No comments: 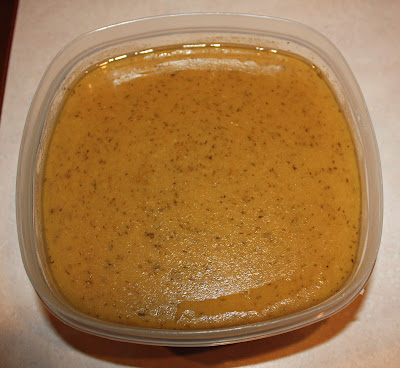 Now that I look at this picture, it kind of looks like pumpkin pie filling. It's really "gravy-to-be." I roasted two turkey wings, chopped onions, celery and garlic for about an hour. Then, simmered it all in some white wine and chicken broth, adding a little chopped thyme (still had some in the yard that was usable). I let the liquids reduce by about one-third. Then I removed the wings, and chopped up the meat for my spoiled rotten kitties. I then strained everything, mushing it to get all the juice. I threw away the vegetables and this is what is left. This will stay in the refrigerator until Thursday. I'll show you then how to finish up the gravy. It will be quick!
Posted by Debbie Courson Smith at 11:00 AM 1 comment: 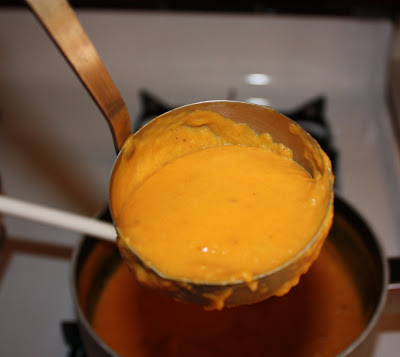 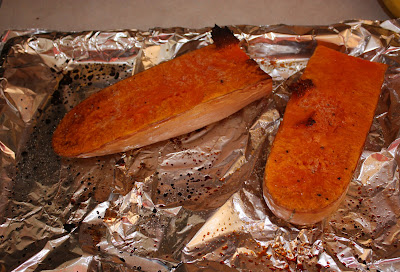 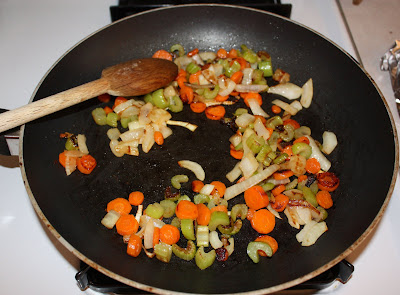 Posted by Debbie Courson Smith at 7:05 PM No comments:

A Wine that Goes Perfect with...Popcorn? 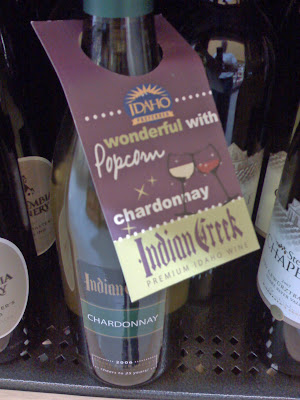 My husband spotted this at the store, but he wasn't really tempted to buy it. Interesting marketing. I believe Indian Creek is a local winery. I also believe I have never thought to drink wine with popcorn. Has anyone tasted this chardonnay?

Posted by Debbie Courson Smith at 6:12 PM No comments: